Film from year 1 of Jam Tent

JamTent is a community music outreach programme developed by the charity MusicLinks in partnership with Kendal Calling Music Festival.

MusicLinks creates and oversees ‘jam sessions’ in a dedicated tent and in music circles in community centres, between young people including those living with disabilities, local artists and headline acts in advance of, and during, Kendal Calling. 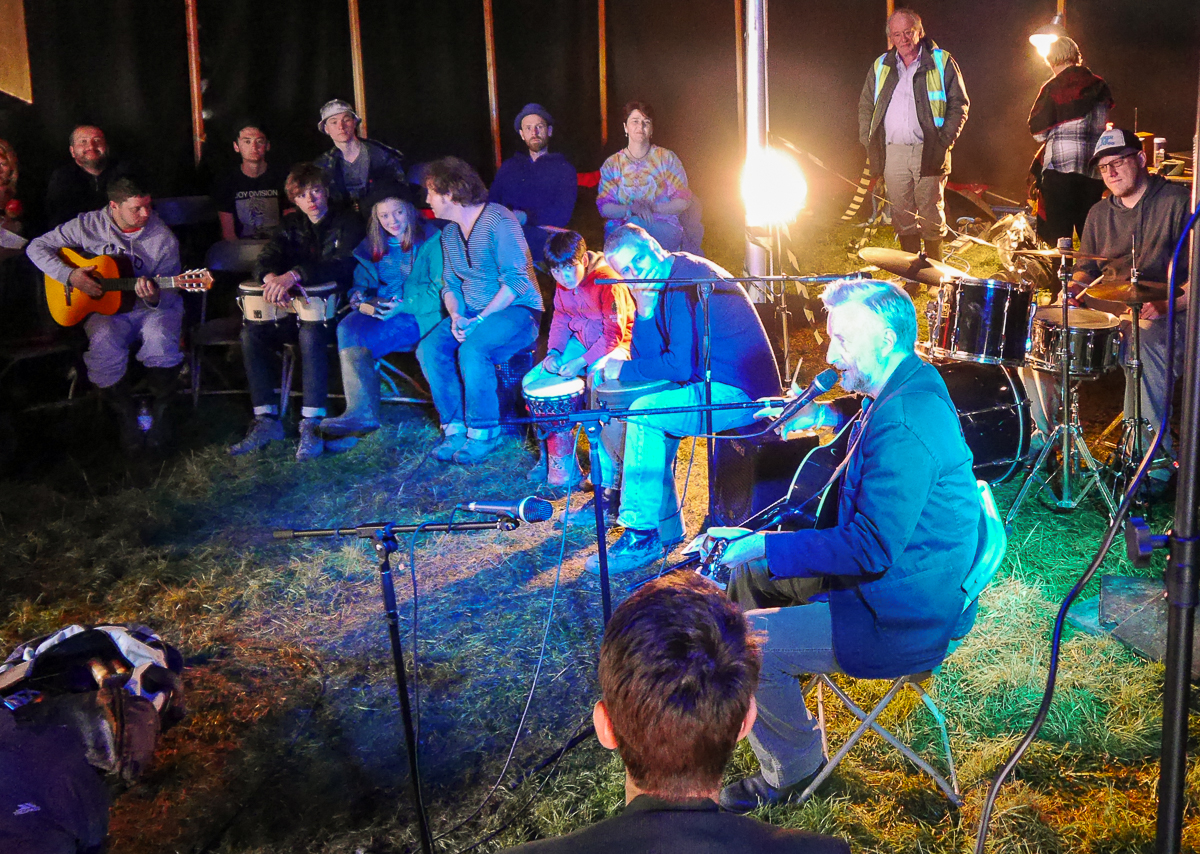 JamTent has been very well received in Cumbria where it offers a workshop programme throughout Eden, South Lakeland, Barrow and Carlisle. The programme has been so successful that we now have a working model with the potential to draw new partners from Cumbria and beyond.

We have found that the fees/ small bursaries JamTent offers to touring artists are well-received and the ways in which bands then go on to interact with the audiences and participants is clearly of great benefit to them, both in terms of audience development and also in developing their skills when interacting / parrying with new audiences in diverse situations.

We have run many festival based workshops and community workshops as part of the JamTent project in recent years. We have learnt a great deal in the process i.e. How to improvise new music integrating vulnerable people with festival goers at a large music event, bringing together a wide range of communities, cultures and musical genres and developing an exciting new educational framework/method.

JamTent really brings the community together and sprinkles a little magic musical dust into the mix, which in turn encourages people to have a go at music. It’s joyous and it’s entirely open and welcoming, and free! If you don’t want to play, sing or clap along then you are still likely to dance and join in with a chant without too much resistance. We’ve witnessed the process coax happiness from the many and varied collaborators involved.

A Charitable Company Limited by Guarantee.